The carnival custom with chariots and dancing has been cherished for over a hundred years, and since 1982 it has been in the form of a parade as it is today. 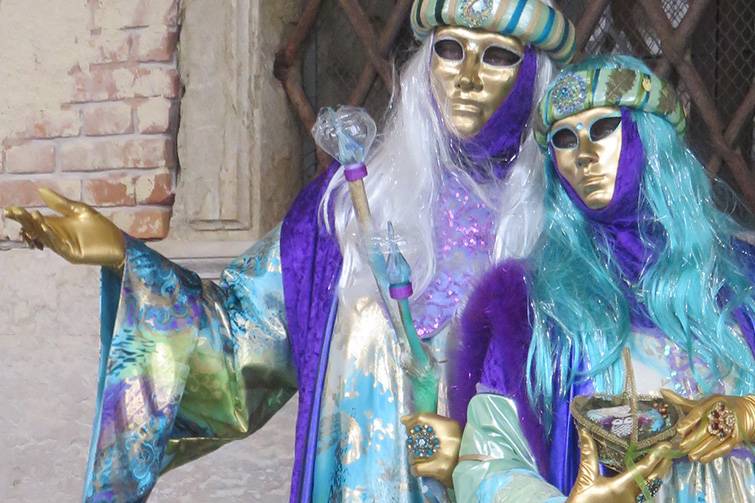 The Rijeka Carnival is a series of events that take place in Rijeka at the time of the Carnival and consists of several manifestations:

The carnival custom with chariots and dancing has been cherished for over a hundred years, and since 1982 it has been in the form of a parade as it is today.

The show moves around the coast (Passenger's Coast), across Delta and end up on the Korzo. Along with this route, there are 6 podiums where the leaders represent the participants.

The specialty of the carnival is the participation of the so-called „zvončara“, covered with sheep's leather, with a ring around the waistband. Traditionally, at the very end of the festival, the „Halubaj zvončari“ are taking part, who participate in the Rijeka Carnival from the very beginning.

The last Sunday before Pepelnica masked parades from various parts of Croatia and abroad passing through the city center and represent the culmination of the Carnival in Kvarner and beyond. The competition in imagination, wickedness, and originality, results in a parade of thousands of masks and an immeasurable number of viewers.

The International Carnival Parade is only one of the programs of this important event which brings together an ever-growing number of participants and visitors both from Croatia and abroad.

The Rijeka Carnival can hardly be described or completely portrayed by photographs or television broadcasting. Rijeka Carnival needs to be lived and experienced! So rent a car and go to the carnival in Rijeka - where you can always be what you want!

Our wizard will also be there because he is preparing a special surprise!