CARWIZ rent a car sponsors the ski sensation on Sljeme

The 15th “Snow Queen Trophy“ to begin this weekend 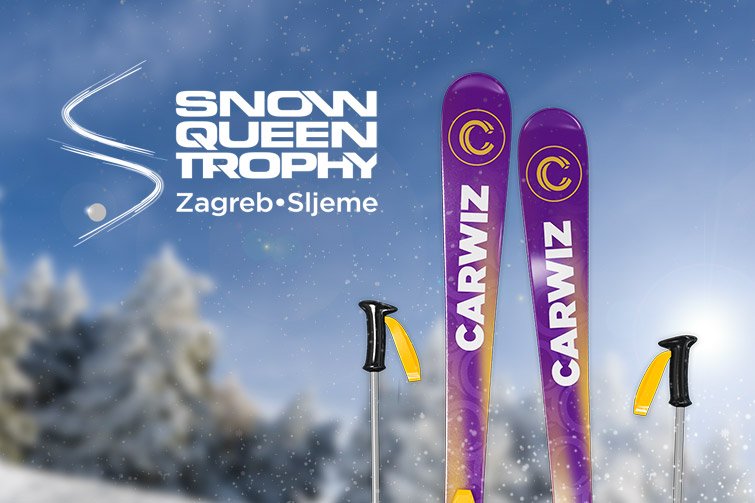 Carwiz rent a car is the proud sponsor of the 15th “Snow Queen Trophy“, an Audi FIS ski cup race, which will be held on the 4th and 5th of January in Zagreb.

The Croatian Ski Association organized the very first women's slalom race in 2005 and soon imposed Sljeme as an unavoidable place for World Cup skiers. Three years later, in 2008, the women's race was joined by the men's.

Shortly after its founding, “the Snow Queen Trophy“ became one of the most-watched World Cup races due to the fact that only during this race, skiers compete to win the crown and are declared Snow Queen and King.

This race has been declared numerous times as the one with the best atmosphere, by skiers and guests. Its huge success is apparent, after its entry into Club 5 Ski Classics, an association of traditional FIS World Cup members, thus placing the Croatian Ski Association alongside the leading organizers of the FIS World Cup races.

This year, the Snow Queen will be chosen on Saturday the 4th,  beginning at 1 pm, while the Snow Kings will test their strengths the day after, on Sunday, Jan. 5th, with the first run at 2.15 pm and the second starting at 5.40 pm.

Follow us on Facebook, because we've teamed up with the Associaton and we're sending you to this skiing spectacle, where you can cheer on the world's best skiers and have an unforgettable experience.