The International Puppet Theatre Festival was launched in 1968. by The Student Esperanto Club and has enjoyed a great and positive response in the public, as well as on the international puppet scene. 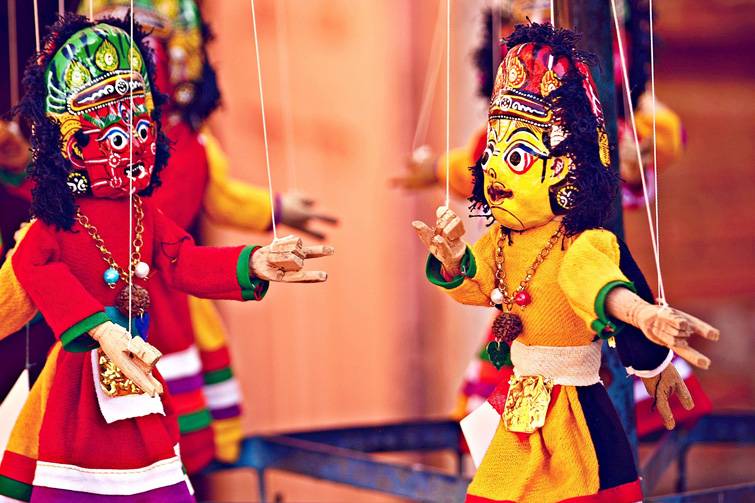 The International Puppet Theatre Festival was launched in 1968. by The Student Esperanto Club and has enjoyed a great and positive response in the public, as well as on the international puppet scene. The sponsor of the first PIF was UNIMA (International Association of Dolls) and SEC decided to continue with the festival's organization.

Since 1971, the organization was taken over by the International Center for Services in Culture, as the festival outgrew the Student Esperanto Club. The ICFSC has since been responsible for its organization as the Travno Cultural Center. The festival was linked to Esperanto up until 1994., so it even had two editions in the Norwegian town of Tromsø. Except for Zagreb, festival programs took place in Sisak, Varaždin and Velika Gorica. Several years after abandoning this practice, the PIF is working once again with the surrounding cities, but also with many cultural centers within Zagreb in the hopes of decentralizing Zagreb culture.

The PIF has had its own mascot since 1990 - the PIFKA doll created by the academic painter, prof. Mira Dulčić, which stands at the forefront of the happy PIF parade announcing the festival every year. This procession is one of the signs of the presence and coexistence of our festival with the city within which most of its program is taking place and contributes to the promotion of puppetry.

During the long history of the PIF, PIF has presented more than 650 puppet shows from all continents, and has from 1994 to 2006, as part of the country-partner program, introduced a number of specific puppet traditions from almost all parts of Europe. Many have written about PIF, and it is worth mentioning the words of prominent puppet historian and regular PIF guest, Henry Jurkowsky, who described our festival as one of the most important European festivals and the representative forum of puppet art.

In the future, PIF will strive to connect with puppet festivals in the region in order to deliver better performances with lower production costs as well as focus primarily on child audience with a bigger selection of plays for children, as well as organizing competitions such as the best Puppet, Masque, PIF ...